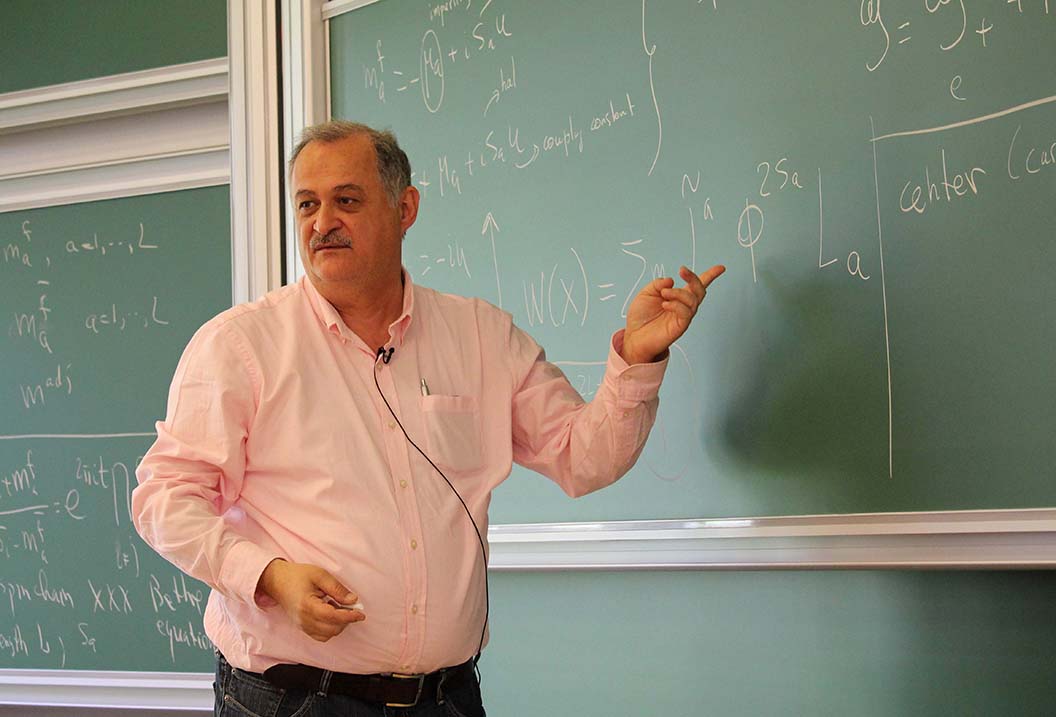 A conference in honor of Samson Shatashvili's 60th birthday

The interactions of Mathematics and Physics have greatly intensified during the last three decades, and it led to a number of very significant breakthroughs in Mathematics. Among other things, these breakthroughs include new invariants of 3 and 4-dimensional manifolds, the discovery of mirror symmetry in Algebraic Geometry, and the theory of deformation quantization. This progress became possible due to close interactions between Mathematics and theoretical Physics and due to the dialogue between mathematicians and physicists working on similar problems but using very different methods.

The conference will touch upon two important aspects of interaction between Mathematics and Quantum Field Theory: Quantum Integrability and Anomalies. It will honour Professor Samson Shatashvili on the occasion of his 60th birthday.

Professor Samson Shatashvili made deep contributions in the theory of anomalies and in quantum integrability. In particular, in collaboration with L. Faddeev he discovered the interpretation of gauge theory anomalies in terms of abelian extensions of gauge groups on manifolds of odd dimension. In the theory of quantum integrability, together with a number of collaborators he discovered a deep link between Bethe equations and supersymmetric quantum gauge theory. Professor Shatashvili (of the Trinity College, Dublin and the Simons Center for Geometry and Physics, Stony Brook) served as a Louis Michel Chair and then as an Israel Gelfand Chair at IHES for many years. He contributed in a significant way in the development of ideas and in the unique research atmosphere of IHES.